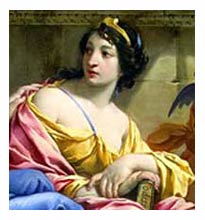 The Muse of epic poetry,

Who whispered words while Homer wrote

The Iliad and Odyssey,

Inspires men from every age

To put the pen upon the page,

And with her wondrous rule of words,

She turns the fool into the sage. 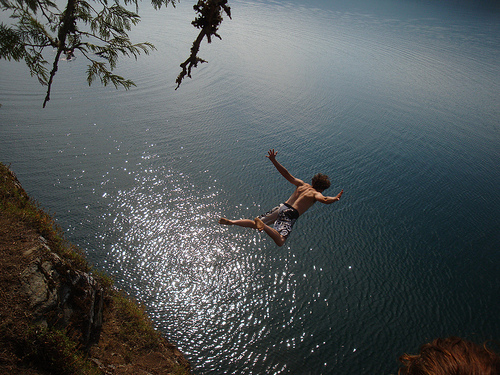 The summer of 1970 promised to be a great time, and I was happy because I was going to get it all on film. For my fifteenth birthday, my folks had bought me something I’d always wanted: my own video camera, with a tripod and the works. My best friend Paul and I had great plans to film all sorts of crazy stuff that summer. But now, here I was setting up the camera on the tripod to possibly film his death.

You see, it all started a few days ago, when I was video-taping Paul and his twin sister Pearl playing on the monkey bars at the park. Pearl was an exceptionally beautiful blue-eyed blonde, and Lars, a big fat bully from down the street, was hanging around, trying to flirt with her until two older boys, Rick Brantz and his brother Kyle, pulled up in their old Chevy, and started harassing Pearl themselves. Paul, though small for fifteen, walked right up to Kyle and told him to leave her alone. Kyle acted like he was going to back down, and then suddenly hammered his fist as hard as he could into Paul’s guts. As Paul lay gasping on the ground, Kyle stood over him and said, “Sucker punches for suckers. Don’t forget it!” Then they pushed Pearl into the car and drove off.

Well, Paul felt like shit after that, having proved what a coward he was in front of his sister and his best friend, not to mention Rick and Kyle. But what was worse, I had it all on film. And what was worse than that, Pearl had managed to get away from the Brantz brothers on her own, and word was spreading that Paul was a coward.

And that’s how we got here now, at Killer Cliff, setting up to film the jump. I say jump because it’s 75 feet to the water, and the water is only 6 feet deep, so to dive from here is suicide. At one time, they called this place The High Dive, and it was a kind of rite of passage into manhood for the local boys to make the dive; but the water level in the pit was much higher back then, and now there was a solid rock ledge just 6 feet below the surface. There was the story around town of a kid that tried it and broke his neck back in the fifties, but no one knew if it was true or not. But someone painted Killer Cliff with a red spray can on the rocks, and no one had tried since.

Paul said it could be done. When he was a young kid, his dad took him to a circus where he saw a guy jump 100 feet into 4 feet of water–by belly-flopping! He went to the library and looked up everything he could find on high diving–yes, it could be done, and I could get it on film, and he would prove how brave he really was.

I got the film rolling, so to speak (this was the seventies), and Paul held up the sign he had made beforehand, which basically said that he was going to do this whether I filmed it or not, so, should things go wrong…. Then he stood on the red footprints painted on the rock, and held out his arms. He was just about to leap, when a car pulled up.

It was Rick and Kyle. As they got out of the car, Paul started to lean forward to jump just as Pearl screamed,”Paul! Don’t jump!” She popped out of the backseat, and ran to him.

“Let me explain,” she said, grabbing his arm. “I went with Rick and Kyle of my own free will. I thought if I hung out with them, I’d be safe from Lars. He’s the one that’s really trying to get me! He’s been after me for weeks!”

Kyle walked over to the car and popped the trunk. “We brought you a little something,” he said, “here’s your real chance to show you’re not a pussy, sucker, not by killing yourself.”

Lars jumped up out of the trunk and went straight for Paul. “I’m gonna kill you, you little shit!”

They were about to go at it when Kyle whispered,”Remember what I told ya.” So Paul acted like he was about to turn away, and then suddenly lunged with all his strength, planting his fist hard into Lars’s fat guts. He went down like a ton of bricks and Paul stood over him fuming. “Sucker punches are for suckers!”

Lars finally managed to get up and started staggering down the road back to town, and as we watched him go, Paul gave me a knowing look, and suddenly leaped off the cliff. The others rushed over to the edge just in time to see him surface and yell,”I told you I could do it!”