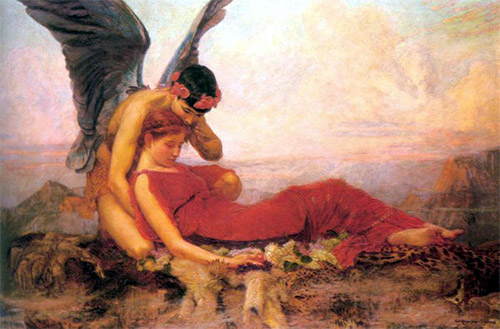 My wife loved drugs, what can I say? I was more or less the alcoholic; she was the druggie–and she paid the ultimate price for it. She had a resting heart-rate of 120 bpm and an anxiety problem that bordered on psychosis; I never blamed her for wanting to feel calm. I know how bad that feeling can get, having been through extreme alcohol withdrawal more times than I’d care to remember.

She started out on benzos first, kolonipins, atavan, and her favorite, xanax. It’s next to impossible to OD on benzos, so that worked for awhile, but you also build up an immunity to them so quickly, they’re useless after a while. I remember more than once, an ambulance was called for her, and she walked out of the Emergency Room with a prescription for more benzos–I don’t know what she told the Doc, but I’m sure she should’ve won an Oscar for it.

So the next step up the Stairway to Heaven is opioids. These are the common pain-killers you get after minor surgery or if you break a bone. Not only do they numb your pain, they induce euphoria and have a calming effect. The most benign of them are compounds (usually mixed with acetaminophen) because you can only take so much powder up your nose. (Many users prefer snorting it.) Tylenol 3, hydrocodone, oxycodone come to mind. You can OD on these, however, because it always takes more to feel relief and there is a point where it will kill you. My wife used these for many years, until she met Lauri, who introduced her to Real Downers like morphine.

Lauri had a doctor friend (lover) who prescribed anything she wanted, and she had quite a little pharmacy in her lockbox. Needless to say, she and my wife quickly became best friends. I remember sitting in her apartment, and when she would go to the bathroom, my wife would grab the box, get it unlocked, rummage around for the morphine, and get it back in place sometimes a second before she came out–talk about nerve-rattling!

Lauri told me once that if my wife ever OD’d on her pills, she would kill herself.

One morning, my wife asked me for a drink as she lay down in bed–I saw her pop something, but this was the norm.  A little bit later, I heard her gasp, and when I checked on her, she was unconscious and not breathing. I tried everything and called 911; I’d brought her back from the brink of death many times, but this time it was different. I remember that the EMT fellas said I might want to leave the room for a minute. I found out why later–the autopsy report said she had the “usual broken ribs associated with CPR”. Also, the Sheriff was understanding enough to wait for me to slam a beer before we went to the hospital, where they told me she was dead. Married 33 years, 3 kids, 3 grandkids…gone.

A couple of weeks later, Lauri made good on her promise, and took the whole bottle of morphine.

One thought on “In the Arms of Morpheus”